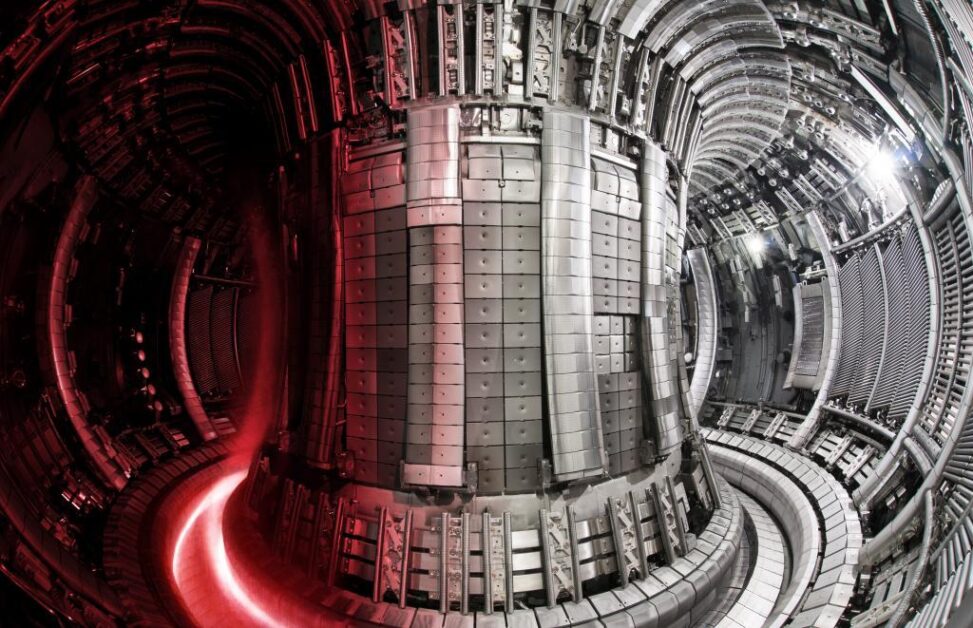 Record results announced today are the most explicit demonstration in a quarter of a century of
the potential for fusion energy to deliver safe and sustainable low-carbon energy.

Researchers from the EUROfusion consortium – 4,800 experts, students, and staff from
across Europe, including researchers from the Lithuanian Energy Institute in Lithuania,
co-funded by the European Commission – used the Joint European Torus (JET) device to
release a record 59 megajoules of sustained fusion energy.

This achievement on JET, the largest and most potent operational tokamak in the world at
the UK Atomic Energy Authority (UKAEA) site in Oxford, more than doubles the previous
fusion energy record of 21.7 megajoules set there in 1997. It comes as part of a dedicated
experimental campaign designed by EUROfusion to test over two decades’ worth of
advances in fusion and optimally prepare for the start of the international ITER project.

The record and the scientific data from these crucial experiments constitute a significant boost for ITER, the larger and more advanced version of JET. ITER is a fusion research project based in the south of France. Supported by seven members – China, the European Union, India, Japan,
South Korea, Russia, and the USA – ITER aims to demonstrate fusion energy’s scientific and
technological feasibility.

As pressures mount to address the effects of climate change through decarbonizing energy
production, this success is a significant step forward on fusion’s roadmap as a safe, efficient, low
carbon means of tackling the global energy crisis.